It’s coming up to the time of year whem all eyes are on the Swiss watch industry and their world famous watch exhibitions. But it is also the time of year when rumours start to appear about the next generation of Apple devices. Most of the rumours leak out of Apple’s Chinese manufacturing partner Foxconn and it seems like some Apple Watch 5 rumours are suddenly starting to appear.

The Apple Watch Series 4 was a huge step forward from Apple’s previous watch releases and expectations are high this year. It seems as though Apple has finally worked out what their consumers want and giving it to them. The problem for Apple is that with great expectation there is always the risk of great disappointment! Let’s have a look at the latest Apple Watch 5 rumours and find out what we can expect from the upcoming Apple smartwatch.

What to Expect From the Apple Watch 5 Design 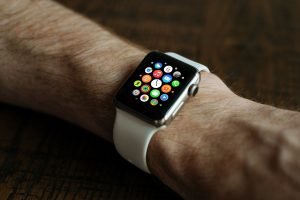 Unless you spend your time investigating every element of the Apple Watch 4, you’ll come to the conclusion that it looks no different to any other iteration. Especially as many Apple fans were hoping to see something drastically different – like a circular watch face. Do the Apple Watch 5 rumours suggest that it will be the be the first to take a deviation from the style which has worked in the past.

In short, probably not. While Apple have patented a circular screen for use in a wearable device, it looks like we’ll have to wait a little longer to wear one on our wrists. All current Apple Watch 5 rumours suggest that it will come in a similar size and shape to previous devices. And it’s very unlikely that Apple will release a separate circular variant to buy alongside a square version. As WatchOS is designed to be used on square screens and Apple are unlikely to want to have separate square and round WatchOS versions. This would require a lot of work to produce two separate WatchOS versions as the current version will not work on a circular screens.

What New Features to Expect 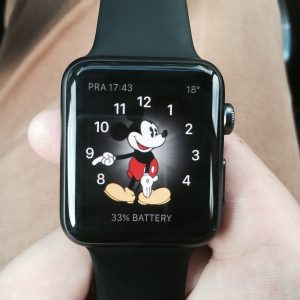 The current batch of Apple Watch 5 rumours don’t provide any certainty over new features. This is likely because many of the new features are still being developed and tested which would make it far too early for any to be internally confirmed. It’s expected that health and fitness will once again take centre stage for the Apple Watch 5.

Many of the feature rumours which have turned up so far seem more like hope than realistic features. A new Spotify app which allows you to play music through your watch has been mentioned a number of times – but since Apple want to push people towards Apple Music, this seems unlikely. It’s likely that the Spotify app will remain limited to simply using your watch to control Spotify on other devices. Significant improvements to sleep tracking and an electrocardiogram built into the watch have also been rumoured. While new sensors built into the strap seem likely, an ECG is very unlikely to turn up in the next Apple Watch. 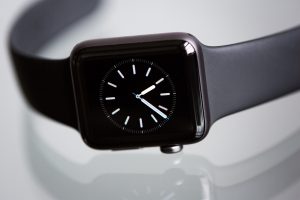 As with every new Apple Watch, there are likely to be exciting upgrades to the specs. The Apple Watch 5 is going to feature a bespoke S5 processor which will bring efficiency improvements and speed boosts. While this is always welcomed, in theory, the latest processors don’t make much of a difference in practice. Apple Watches do not yet do anything particularly processor intensive which means that previous versions are more than good enough. At present, the first and second generation Apple Watches are only just reaching their limits. The third and fourth generations should be more than good enough for the next few years.

The onboard storage is expected to stay the same at 16GB, although some reports suggest a larger storage option. This may just be a case of hope rather than reality though! Which may also be the case when it comes to reports of much improved screen quality. The screen resolution was improved on the Apple Watch 4 but only to fit the larger screen area. Apple Watch 5 rumours suggest that the screen resolution could increase to give better quality visuals on the same sized screen.

The next generation of watches will also come with an upgraded version of WatchOS. It is unknown what improvements WatchOS 6 will bring, but it will be worth keeping an eye on WWCD 2019 in June when the software will unveiled.

Apple Watch 5 Rumours: Worth Getting Excited About?

The original Apple Watch didn’t explode onto the market and dominate the industry in the way that it was expected to. Once the hype of an Apple Watch actually existing finally passed, it took a long time till Apple realised what their fans wanted and brought them on board. Whether or not the Apple Watch 5 rumours are worth getting excited over will really come down to the kind of new features it comes with.

If the Apple Watch 5 comes or without any new game changing features then it’s possible that people might simply skip this upgrade. As people often buy watches year after year (unlike phones, where people usually upgrade once every 2 years) Apple will be hoping that consumers upgrade their watch each year. So it’s expected something big will be added to the Apple Watch this year and that Apple won’t be adding an “S” line to the Apple Watch series.

We’ll be keeping an eye out on the latest Apple Watch rumours whenever they arrive to help keep you up to date with the upcoming 5th generation. So you want to keep checking out the First Class Watches Blog for the latest and greatest Apple Watch 5 rumours!