Bulova announced the release of the classic Chronograph C which is to be added to their Archive Collection. The watch is also widely known as the “Stars and Stripes.” It has been revamped for the 21st century which is not uncommon for historical watches. The famous “Stars and Stripes” nickname was given to the original watch by collectors due to the colours on the hands face and sub dials which resemble the American Flag. The Chronograph C was originally introduced back in 1970 and it featured the very popular Valjoux 7736. The new Chronograph C comes with the high precision Bulova quartz movement.

The Bulova mens Chronograph C features a mesh stainless steel bracelet however it comes with an alternative blue genuine leather strap too for those who prefer the lighter weight of leather. This model is slightly bigger than the original due to modern sizing, the original watch was 43mm which back then was a pretty big watch to own however now its even bigger at 46mm. There has been a few slight movements of the dials too so that the watch can support the quartz movement. It comes with a special edition box with the leather bracelet as well as a bracelet tool. 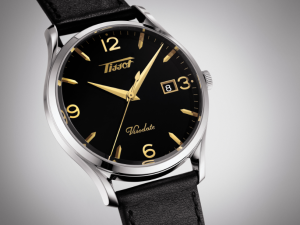 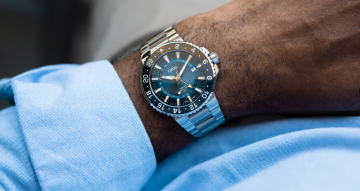 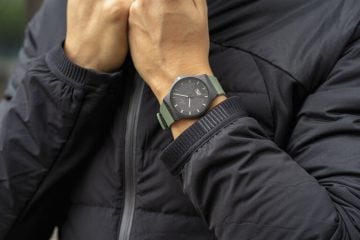