To understand the appeal of Swiss watches you only have to take a look at their history.

The birth of the Swiss watch craftsman stems from a thriving Swiss economy in which austerity measures prevented vulgar displays of wealth, in turn, forcing jewellery makers to turn their hand to watchmaking. Whilst being innovative, more efficient and cheaper than their foreign counterparts, the Swiss were also very commercially astute and watch exportation shortly followed. Indeed, very early on, Swiss merchants were able to report on design and functional tastes from around Europe and from as early as the 17th century the Asian markets were exploited.

In the 19th century, mass-production became a possibility thanks to the creation of machine tools for watch components in Switzerland which took not only sales but manufacturing figures ahead of those of British rivals.

The Swiss industry has since gone from strength-to-strength, building on earlier foundations and maintaining its position at the top thanks to clever marketing (with the majority of the world’s prestige brands) and legislation to protect true ‘Swiss Made’ watches from cheaper or less quality alternatives.

So, with this pedigree and history it is easy to see why Swiss watches are so desirable. Whether or not today’s marketing schemes and smart branding have affected the general public’s perspective leading to over-inflated pricing; there are always options out there that guarantee superior Swiss quality at affordable, seemingly non-inflated prices. The majority of these come from brands that are all about the watch and less about the image for the individual all about their watch and less about their personal image.

You can benefit from the quality of Swiss made watches by acquiring a timepiece marked as ‘Swiss made’, meaning the quartz movement or ‘inner-workings’ are Swiss, cased in Switzerland and the final inspection is carried out in Switzerland whereas the ‘Swiss movement’ label denotes that just the movement is Swiss (assembled, tested and made of at least 50% parts, by value, from Switzerland); both the ‘Swiss made’ and ‘Swiss movement’ marks can be found on the dial of such watches.

Examples of brands that offer consummate reliability, classy designs and the much sough-after Swiss stamp along with prices based solely on performance and in some instances styling as well, include: rock-solid watchmaker Swiss Military who have a range of handsome yet functional stainless steel and leather timepieces, Roamer– with their modern take on classic designs, Luminox with their highly handsome sports timepieces, many Rotary timepieces for that smart and elegant look and even fashion watchmakers such as Calvin Klein or super-stylish brand Versace who invest in this mark to distinguish themselves from the rest. Take a closer look at brilliant examples of watches from the above watchmakers by simply clicking the images:

For more examples, check out First Class Watches to see the best selection at the best prices available and find the perfect Swiss made timepiece for you. 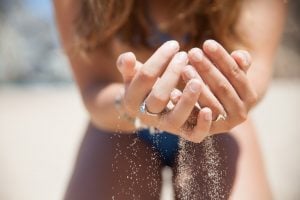