Peridot is is beautiful and bold gemstone in an eye-catching shade of green. It is the birthstone for August, making it a meaningful choice for those with this birth month. This gemstone is used in fine jewellery for a bright burst of colour. The majority of the peridot used in jewellery has been found on Earth, however this gemstone has been found in outer space. The most famous example of outer space peridot is that found in the Esquel meteorite. This meteorite landed in a Patagonian town named Esquel in Argentina. It was uncovered by a farmer in 1951 and was taken to the United States to be thoroughly examined. The Esquel meteorite is often regarded as one of the most beautiful that has even been found due to the peridot that is found within in.

These stunning stud earrings exhibits shining green peridot gemstones at the centre. The peridot stones are cut in a teardrop shape, making them eye-catching. The stones are surrounded by a border of 9 carat yellow gold which pairs beautifully with the bold green hue of the peridot. Although the peridot in these earrings does not come from space, it is just as beautiful and fascinating.

Diamonds are some of the most talked about extraterrestrial gemstones. Scientists have even speculated that there may be planets made entirely of diamond. Diamonds have been found in meteorites which have fallen to Earth, proving their presence in outer space. These gemstones are formed in high pressure environments with high temperatures, and these conditions exist both on Earth and in space. It has even been speculated that it may rain diamonds on Saturn and Jupiter. It is said that the biggest of these diamonds would be around 1cm in diameter and about 1000 tonnes of diamonds a year are being created in Saturn.

This bright, sparkling ring exhibits an array of diamonds for an incredibly luxurious finish. A large, round diamond is set at the centre of the ring. This is surrounded by a halo of smaller diamonds. The delicate white gold band of this ring is also set with diamonds for an added touch of sparkle. This ring would make a truly beautiful choice as an engagement ring due to its classic diamond and white gold combination. Alternatively, this ring would also make a stunning addition to any jewellery collection to wear on any occasion.

Black diamonds provide a bold and contemporary twist to any classic piece of jewellery. These gemstones are naturally formed and have a deep and alluring colour. Scientists have confirmed that these gemstones are formed due to exploding supernovas. They are only found in certain parts of the world, including Brazil and Africa. They arrived in these places on meteorites and have since been discovered and popularised. The scientific confirmation that black diamonds are from outer space made them incredibly desirable, so they are now in high demand.

Although this ring does not feature real black diamonds, it is just as beautiful. True black diamonds are rare and expensive, so substitutes make an excellent alternative. This rose gold-plated ring exhibits an open design with a crescent moon shape at one end. The moon is set with sparkling black gemstones. The other end of the ring features a small star with a white crystal at the centre. A star shaped charm hangs from the moon. This charm is also set with a white gemstone. The celestial theme of this ring perfectly reflects the imitation black diamonds.

Small amounts of opal have been found by the Mars rover on the surface of the planet. Opal is mainly made up of water, so the presence of the gemstone of Mars confirms that there was once water on the planet. Opal has also been found in meteorites that have been discovered on Earth. A meteorite found in Antarctica was studded with small pieces of opal. This beautiful gemstone reflects light, giving it a rainbow appearance. This makes it incredibly desirable for use in all kinds of jewellery.

This eye-catching ring features an oval shaped opal as its centrepiece. It is framed on either side by diamonds set in small leaf shapes. This cluster of gemstones is set on a stunning 9 karat yellow gold band. The opal at the centre of this ring will catch the light beautifully and will exhibits rainbow colours.

Moldavite is a natural glass that is formed in the heat of an asteroid impact. This gemstone tends to be yellowish green, green, or brownish green in colour. It is an incredibly desirable gemstone for use in jewellery due to its eye-catching hue. The gemstone has additional appeal due to its extraterrestrial connections and incredibly long history. Moldavite is thought to have been formed around 15 million years ago and spread due to an incoming asteroid. This gemstone is rather rare, so moldavite jewellery ought to be treasured.

What did you think of our top 5 gemstones from space? Would you consider adding any of these gemstones to your collection? Let us know in the comments below! 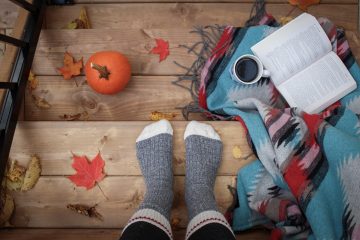 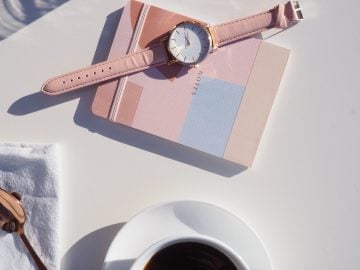 10 Pastel Watches for Her 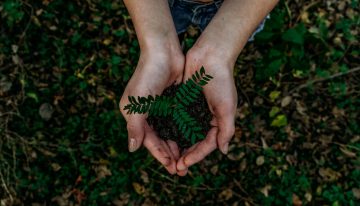 Reasons to Buy a Tool Watch