Tanzanite is a relatively new gemstone, but it has quickly become as desirable as stones like diamonds and rubies. The striking blue colour of tanzanite makes the stone very appealing. It has often been worn by celebrities on the red carpet, sparking public interest in this eye-catching and unusual gemstone. Tanzanite jewellery pieces are set to become prized heirlooms as the rarity of the stone increases day by day. If you are interested in this rare stone, keeping reading for 10 interesting facts about tanzanite.

1. Tanzanite was first discovered in 1967 in Tanzania.

The gemstone was discovered by a man named Manuel De Souza, an Indian tailor who had travelled to Tanzania to search for gemstones and gold. It is said that he was walking through the foothills of Mount Kilimanjaro when he spotted something glistening in the ground. He deduced that the stone was too soft to be sapphire, and it was later categorised as a variety of the mineral Zoisite.

2. It is a rich blue variety of Zoisite.

The rough form of tanzanite is a reddish-brown colour. In order to become tanzanite, the mineral must contain traces of Vanadium. The stone needs to be heated to 600˚C for 30 minutes in order to transform into the vibrant blue colour that is associated with tanzanite. The deeper the blue of the tanzanite, the more desirable and expensive it will be.

3. Tanzanite is only mined in Tanzania.

The gemstone has only ever been found in the same place it was first discovered, in the Merelani Hills of Tanzania. As the stone becomes more popular, miners are having to dig deeper than 800 metres in order to find it. The mining and selling of tanzanite are regulated by the Tanzanian government to ensure it remains ethical and sustainable. Today, the mines only span around 14 square kilometres.

The largest rough tanzanite ever mined was found in June 2020. A man named Saniniu Laizer discovered two tanzanite stones, one weighing 9.2kg and the other 5.8kg. Laizer earned an incredible £2.4 million from Tanzania’s mining ministry for tanzanite. He planned to use his profits to build a school and a shopping centre to aid his local community.

The piece was created by Naomi Sarna and sits on a sterling silver base. It was inspired by the winds of the Great Rift Valley. Sarna travelled to the tanzanite mines where she found the 725-carat gemstone that she carved as her entry into an international design competition. Sarna taught the women in the area how to create jewellery using tanzanite so they could sell their own creations. The finished artwork won a First-Place Spectrum Award from the American Gem Trade Association. Naomi Sarna plans to donate profits from the sale of the ‘L’heure Bleu’ to the Maasai people for eye care.

6. Tanzanite is a birthstone for December.

Tanzanite was made a birthstone for December by the American Gem Trade Association in 2002. It was the first alteration made to the list since 1912. This emphasises how new tanzanite is within the gemstone industry.

7. The gemstone is believed to inspire calmness, compassion, and new life.

The Maasai tribe reside in the part of Tanzania where tanzanite is mined. The people of this tribe associate tanzanite with generating calmness and compassion. The stone is also believed to aid in the creation of new life. It is thought that these associations generate from the ideas the tribe have around the colour blue. The beliefs held about the colour blue are also associated with tanzanite due to the deep blue colour it holds.

8. Tanzanite is rarer than diamonds.

Tanzanite is said to be 1000 times rarer than diamonds. This is due to the fact that it is only found in one very small area of the world. The gemstone was created millions of years ago by the same tectonic shift that created Mount Kilimanjaro and the Great Rift Valley of Tanzania. This once in a lifetime event makes tanzanite one of the world’s most sought-after gemstones. Some geologists refer to it as a ‘one generation gemstone’ as it is theorized that with continued mining, there will be no natural tanzanite left to mine within the next decade.

9. There are many theories as to who first discovered tanzanite.

As with any great discovery, there are several theories as to who truly first discovered tanzanite. The most popular and feasible is the tale of Manuel De Souza. However, legend says that the gemstone was actually first discovered by the native Maasai Cattle Herders after a fire. The fire turned the brown zoisite crystals into deep blue-purple gemstones.

10. Tanzanite has a trichroism which makes it unusual.

Some crystals, such as tanzanite, have trichroism. This means that the crystals exhibit a perceptible difference in colour when looked at under different lights, or from different angles. When tanzanite catches the light in different ways, it can appear blue, purple, red, or even yellow. This unusual property makes tanzanite all the more appealing for jewellers as the finished item will be incredibly eye-catching.

If you are interesting in adding tanzanite to your jewellery collection, click here to browse tanzanite jewellery on our website.

What did you think of our 10 interesting facts about tanzanite? Will you be adding this rare gemstone to your jewellery collection? Let us know in the comments below! 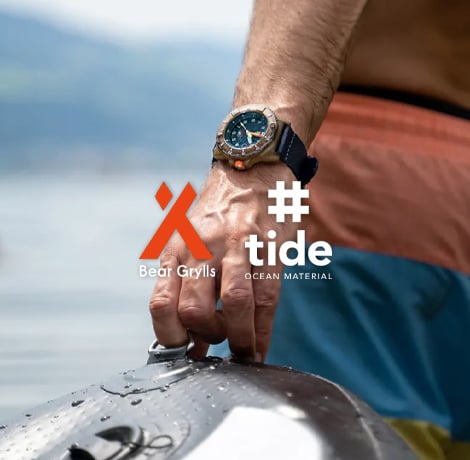 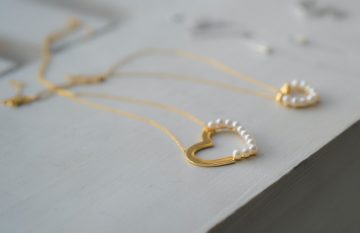 What Jewellery Styles Are Celebrities Wearing? 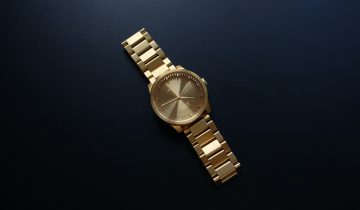 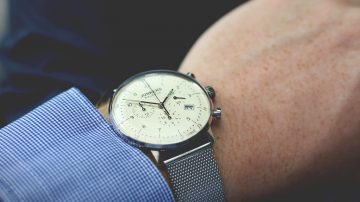 3 Reasons Why You Should Invest in a Watch 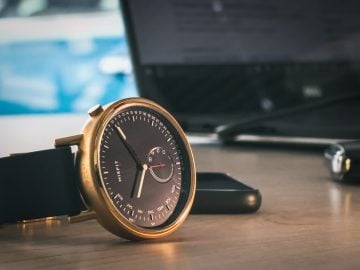