The Most Exciting Watches of 2018

It’s hard to believe that 2018 is already drawing to a close… and what a year it has been! It’s impossible to list all the amazing unexpected moments we have seen take place this year. Although I’m pretty sure that England’s World Cup performance will be up there on everybody’s list! And now we look back at just a couple of the most popular Watches of 2018!

As the year comes to a close it’s time to look back at the last 12 months and look forward to the next 12 months. In today’s article we’re going to look back at some of the most incredible examples of watchmaking in 2018. We’ll check out some of the best luxury watches which have been produced this year as well as the amazing affordable watches released this year. So, let’s take the time to look at the most exciting watches of 2018. 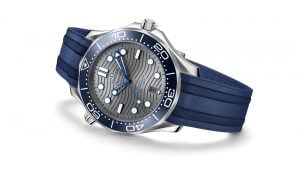 It might be strange to start this list out with a remake of a watch which first appeared on the market 25 years ago. But this update, released to mark 25 years since of the Omega Seamaster Diver, is undoubtedly one of the most exciting watches of 2018.

The Omega Seamaster is most well known as the James Bond watch because it has been worn in every James Bond film since Goldeneye. If you’re hoping to look ultra-cool then you can’t go too wrong by copying the coolest action film character of all time. Unsurprisingly, current James Bond, Daniel Craig, was named as the ambassador for this incredible watch.

The watch is perfect for divers, with the addition of a helium escape valve to protect the watch from damage when emerging from deep diving. And it’s just as good for those of us who rarely venture any deeper than the shallow end of the swimming pool! It looks incredible and is recognisable to anyone who has taken a passing glance at any Bond film from in the last 25 years. 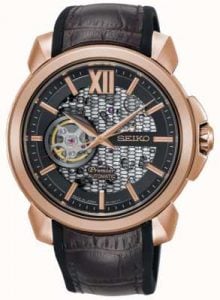 There are few tennis players in the world as respected and recognisable as Novak Djokovic. He has won almost every single prize going on the ATP tour and has beaten every single one of the top players in the world. It doesn’t seem like there’s any sign of him slowing down any time soon. He currently sits number 1 in the world rankings and picked up another two Grand Slam titles. He also put his name to series of fantastic Seiko watches which any fan of tennis and watches should add to their collection.

The Seiko Premier Djokavic Limited Edition is certainly one of the most exciting watches of 2018. Like all Seiko watches, you can be sure that the watch is ultra-precise and impeccably built. Only the best and most stylish watches in Seiko’s catalogue end up in the Premier Collection, so you can be assured of quality. Only 3000 of the Novak Djokavic Automatic Skeleton limited edition have been released worldwide – so if you want one then there’s no time like the present to pick it up! 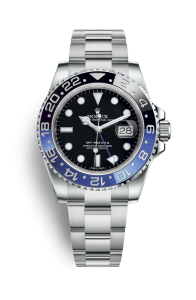 This is one of the watches which really made a splash at Baselworld 2018. The Rolex GMT-Master collection is part of the legendary Swiss manufacturer’s incredible history. The first ambition of the Rolex brand was to master what seemed almost impossible – the water-resistant watch. When this was achieved, the company took to the skies with the GMT-Master II, a favourite of airline pilots the world over.

The latest entry into this collection is this eye-catching timepiece with a unqiue Pepsi-style  bevel. This was displayed to the public at Baselworld and quickly earned its place as one of the most exciting watches of 2018. If you have a spare £7,200 to spend then this watch would be a great addition to your watch collection. 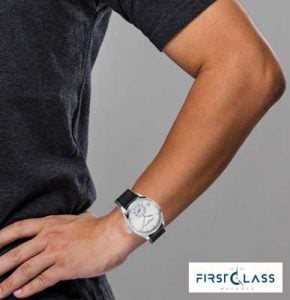 Most of the press coverage dedicated to smartwatches this year focused upon the latest Apple Watch, but Swiss watchmakers are producing smartwatches of their very own. Frederique Constant have been quietly improving their take on the Swiss Horological Smartwatch and they really are doing a great job.

Their partnership with a high-end Silicone Valley tech firm has helped create an unbelievable combination of tradition and technology. This watch is undeniably a classic timepiece on the outside but capable of communicating with smartphones on the inside. The perfect smartwatch for lovers of technology and tradition alike!

The Frederique Constant Horological Smartwatch overcome many technological challenges on the road to a watch which keeps the traditional aesthetic while incorporating modern features. It was important to Frederique Constant to continue to use the traditional watchmaking materials, which aren’t great for connected devices. Pim Koeslag, head of watchmaking for Frederique Constant, explained that normally “connected devices are essentially plastic to assist the transmission of radio waves, and stainless steel is not so good for that. So, we had to rethink the dial to allow transmission through the glass.” The outcome is one of the most exciting watches of 2018, which may just change how we think about smartwatches! 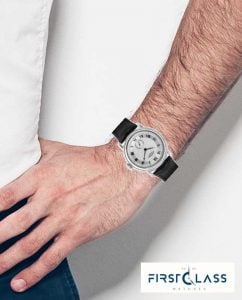 Sometimes a watch doesn’t make it onto the list by breaking technological barriers or using expensive materials but by creating something amazing at an affordable price. The Rotary Shirlock is one of those watches! It has an exciting design which really captures the traditional Rotary aesthetic but still stands out amongst an array of watches which look exactly the same.

This watch shot to fame by appearing in the hit BBC series Shirlock on the wrist of much-loved actor Benedict Cumberbatch. As Rotary have a long and famed history in the UK, it’s no surprise to see their British-inspired designs has led to their watches appearing on the wrist of traditional British characters. The most amazing thing about this device is that it normally retails for less than £150! And for fans of the series – you’ll be glad to know that the Rotary Shirlock watch is absolutely as great as the series it first appeared in!