The worlds biggest football competition in the world currently taking place in one of the biggest countries in the world. The country spans two continents and runs from its land border with Poland to a maritime border with Alaska and Japan. It is also a country whose incredible history includes numerous revolutions and a long period where they were one of the worlds superpowers.

The Birth of the Russian Watch Industry 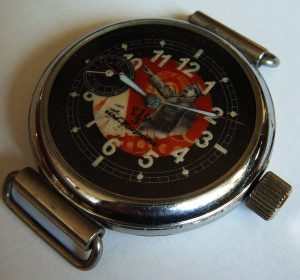 Russia came very late to the party when it came to producing watches. While the American and European watch industries were producing watches on an industrial scale since the 1800’s, the first Russian watchmaker wasn’t founded till 1927. The Moscow Watch Factory was founded by the Labour and Defence Council to produce watches for the Soviet government and the Red Army.

The first watches produced by the Moscow Watch Factory were presented at the Revolution Theatre in 1930. There were 50 watches which were produced using materials and machinery purchased from the United States, who already had a very well developed watch industry at the time. One of the more famous of the early watches from this factory was the “Commander” which was commonly used by officers of the Red Army.

By 1940 the Moscow Watch Factory had already produced 2.7 million pocket and wrist watches. But in 1941, during the attempted invasion of Russia, the factory was evacuated to the city of Zlatoust where they worked to produce aviation chronometers and aircraft watches. The Chistopol Watch Factory was opened up the following year and produced the K-43 watch shortly afterwards. This watch factory eventually became the Vostok watch brand which is popular today. 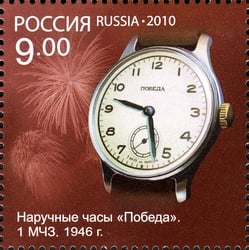 In 1946 the Pobeda (Victory) watches were produced by the Moscow Watch Factory. These name and specifications of these watches were approved by the leaders of the Soviet Union. Most of the Russian watches at this time, such as Shturmanskie watches, were not produced for the general public, but mainly for use by the army. This did begin to change with certain watches being developed for general sale, which helped to develop some of the brands which still exist today.

The Sputnik watch, released in 1957, was produced in honour of the first Soviet satellite, launched in the same year. This was followed by the Antarktida watch, which is still one of the rarest Russian watches. This was was intended to be used by the participants of the Soviet expedition to the South Pole. Both watches were only produced for one year and are now incredibly valuable due to their rarity.

By the start of the 1960’s the Russian watch industry had grown at an incredible pace with some amazing watches being produced. The first watch produced under Poljot brand was introduced by the Moscow Watch Factory in this year. The first mechanical Russian watch with an alarm, the Signal, was released the year previously. Work also began on the Strela chronograph watches in the same year, these watches were exclusively created for air force commanders. 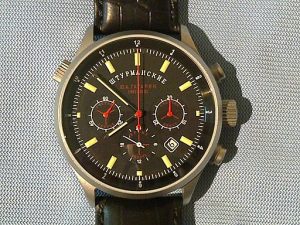 In 1960 Yuri Gagarin became the first human to journey into outer space. He wore on his wrist a watch produced in the Moscow Watch Factory during this flight. What most people do not know about this flight is that there was no specific watch produced for Russian cosmonauts to wear at this time. Yuri simply wore his own Sturmanskie watch for this flight – but from that day forward Sturmanskie watches, along with Poljot and Strela watches were inextricably linked to the space race.

Five years later, Alexey Leonov wore a Strela watch when he became the first human to take a space walk.

In 1976 the 3133 model, produced by the Moscow Watch Factory, was developed for the army and navy. This watch was also the official watch used by cosmonauts from this point onwards and was regularly taken into space on future missions.

By 1965 Russian watches produced at the Moscow Watch Factory were being exported outside of the Soviet Union with a lot of success. These watches were being exported to 70 countries around the world including the United Kingdom and the United States, two countries which the Soviet Union were hardly friendly with at the time! In the United Kingdom, these watches were marketed under the Sekonda watch brand, which is still around today – although the brand no longer produces watches in Russia. In the Soviet Union all watches made at this factory were produced under the Poljot brand.

One of the watches which was being produced at the time was the Orbita watch, which included an automatic winding system and 29 rubies.

By the 1970’s the Chistopol Watch Factory – whose watches were now produced under the Vostok brand – were being exported to 54 different countries around the world. Considering that the Russian watch industry had been around for less than 50 years, it was impressive to see two brands being exported worldwide. The original Moscow Watch Factory was recognised for its part in this success by being awarded the highest Soviet award in 1966. 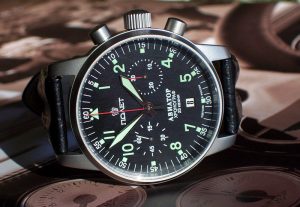 When the Soviet Union was dissolved in 1991 there were big changes afoot for the Russian Watch Industry. Prior to this point, all Russian watches had been produced by government-owned factories receiving large subsidies to develop watches. As large political changes spread across the country and nationalised industries were privatised, these subsidies stopped. These changes initially had a negative impact on the size of the watch industry as they became unable to trade with large consumers of watches around the world.

One of the casualties of this change was the Poljot brand, which was the brand introduced by the Moscow Watch Factory. British brand Sekonda switched from producing watches in Russia to Hong Kong in 1993, which was a blow for the factory. The physical factory was bought by a number of former Poljot employees in the year 2000 under the name Volmax and recently relocated to Switzerland. MakTime, another company who used the equipment owned by Poljot to create Poljot movements, went bankrupt in 2012.

Russian Watches In the New Millennium 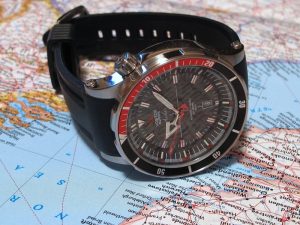 In the end, the Russian watch industry didn’t just survive, but it continued to thrive into the new millennium and beyond. The Russian watch industry has inspired other Eastern European manufacturers. Vostok-Europe was founded in 2004 in Lithuania and is inspired by the original Vostok brand (which is still around today). This brand has thrived in recent years, especially thanks to its link with extreme sports. These mechanical watches are often available for less than £1,000 – at the lower end of the luxury watch scale.

Two Soviet Russian manufacturers who are still around today are the original Vostok brand, still based in Chistopal, and Sturmanskie. These two brands are still creating watches which are available around the world. Sturmanskie recently made the “Mars” watch in conjunction with the Russian Space Agency. This watch uses a Swiss movement and aims to create an all-round trainer watch for Russian Cosmonauts.

Many other Russian brands have cropped up in recent years, such as Moscow-Classic and Raketa. Some of these brands source their movements from Vostok, while others look abroad using Swiss movements in their watches. While the Russian watch industry is relatively young compared to the Swiss, British and American watch industries, it looks as though it may have a very successful future! 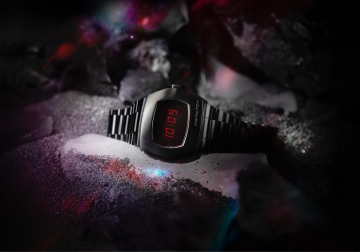 History of the Hamilton PSR 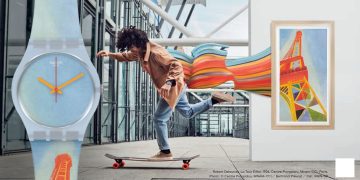 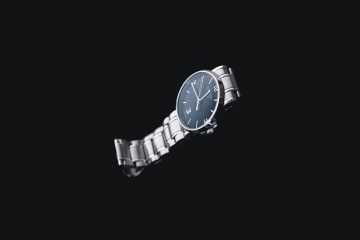 The History of Certina Watches 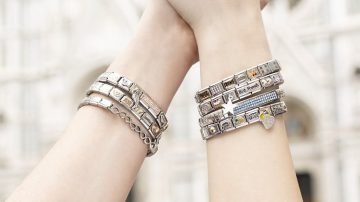 The History of Nomination Jewellery