It’s still a surprise when you find out what brands are making watches from today. Even when you think you’ve seen watches made from everything, the manufacturers always end up finding something you haven’t seen before! Triwa have taken to crowdfunding platform Kickstarter to fund their new watches made from illegal guns.

New Watches Made From Guns 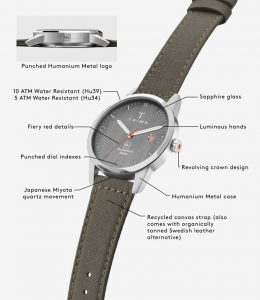 The Triwa Humanium Metal wristwatch is launched next Tuesday on the Kickstarter platform. The guns used in this project have been confiscated by police in El Salvador. Triwa have acquired these guns which will be melted down before being transformed into some incredible new watches. The aim for Triwa is for these watches to be part of the activist movement in the fight against gun violence.

Triwa have explained that these watches will help to create jobs in this developing country as they will be made in El Salvador. The new watches will be created using a very tricky process. The watches are melted into steel bars then turned into a powder which is used to craft the watch. As well as creating jobs in El Salvador, a portion of the money made from the sales will be reinvested in the country. The watch itself should be enough to attract people to buy it, but the good work this watch can do makes it an even better purpose.

These new watches come in two sizes – 39 or 34 millimetres with a dark grey or light grey dial. The Humanium Metal watches feature a Japanese Quartz movement and the option of a canvas or leather band. The Kickstarter watches will exclusively come with a scratch resistant sapphire glass and they are numbered so you know in which order your watch was produced. This is a good incentive for people to get in there and back the project today. Early backers can back the project from £171 which gives you 35% of the planned retail pricing of the watch.

If this Kickstarter project is successful then the aim is for a bigger commercial run of 5,000 to 10,000 watches. Triwa hope that one day these new watches will be on the wrist of the likes of Desmond Tutu and the Dalai Lama who have always stood against violence. But whether your reason for buying these new watches is because you want to help fight against gun violence or because you think guns are cool – it is still worth buying! As Ludvig Scheja told the New York Post “As long as (people) buy the watch, no matter their beliefs, they will be contributing to a good cause.” 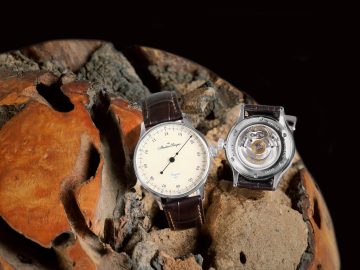 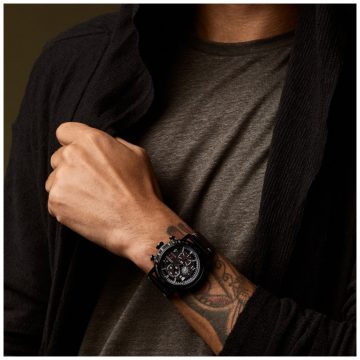 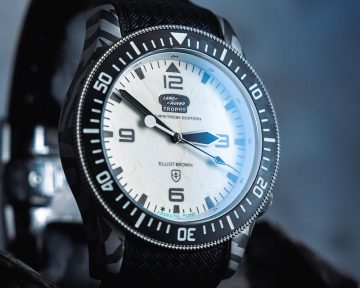 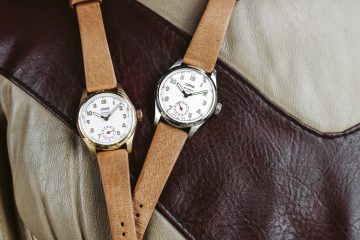