What is even more exciting is that the next step in precise timekeeping technology is already here. Radio controlled watches are capable of resolving one of the biggest problems when it comes to keeping precise time – watches lose or gain seconds every day. Even if the amount of time lost is incredibly small, it is inevitable that these seconds will add up and you won’t have an ultra precise watch anymore!

What are Radio Controlled Watches? 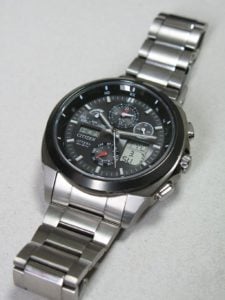 There are transmitters for atomic clocks all around the world, so your watch will connect to the nearest one you are within range of. You will usually need to be within 500km and 1,500km of a transmitter to be able to connect to it. Many radio controlled watches, including those from Citizen, will connect to an atomic transmitter at night time. This ensures that the your watch does not interfere with household appliances on the same frequency and that your watch is as correct as possible when you use it on the morning.

How Are Atomic Clocks so Precise? 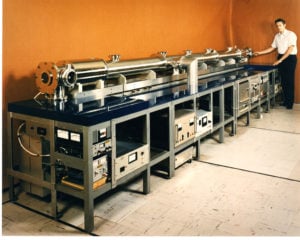 In 1967 the International System of Units defined one second as the duration of 9,192,631,770 cycles of radiation. This is corresponding to the transition between two energy levels of the caesium-133 atom. As this is the definition of one second, it stands to reason that the most accurate way of measuring time would be to measure it using the caesium atom. Measuring time in this way is called the “caesium standard”.

Inside an atomic clock you find a tuneable microwave cavity containing a gas. In a caesium clock the gas absorbs microwaves and the cavity contains an electronic amplifier which makes it oscillate.

There are also atomic clocks which use Rubidium or Hydrogen. These both have excellent short term accuracy, although they are not as precise over the long term.

The Next Steps in Precise Timekeeping? 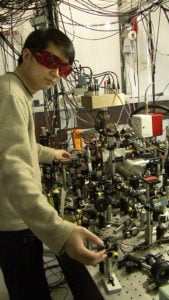 Firstly, there are experimental quantum clocks which have been created in recent years which are incredibly precise. They are unaffected by temperature as well as background magnetic and electric fields. In March 2008, an experimental quantum clock was developed which was the most accurate clock ever constructed at that stage. This time on this clock would not deviate by more than one second every 1 billion years. Two years later another quantum clock was created which was even more precise, with a deviation of just one second every 3.68 billion years. 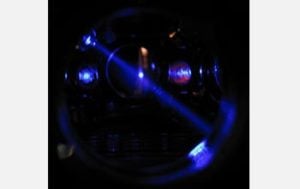 Secondly, the experimental optical clocks appear to have the potential to become the most precise clocks of all time. It is almost impossible to describe how these clocks work in a way that is easy to understand, but early experiments are certainly very promising. Reports claim that it is so precise that optical clocks could even redefine the second! It is expected that optical clocks would deviate no more than one second in over 15 million years.

Perhaps one day very soon then we might find our radio controlled watches being controlled by these incredible ultra-precise clocks.

It is also incredibly exciting to see the new forms of precise timekeeping which are currently being tested. No-one knows exactly how this new technology is used to keep the right time on our wrists but we’re certainly looking forward to finding out!