The History of Alpina Watches

Alpina watches story begins in 1883, it has been forever at the forefront of horological innovation. As a brand Alpina has always been looking for ways to improve and advance in all areas of its business from Quality Control to the Working Environment.

Gottleib Hauser was an independent watch maker in Switzerland who was finding it very hard to source parts and materials for his watches. After a few years of hard work he had an idea, to create a union of members all being fellow watchmakers in Switzerland who could then share parts, materials and ideas collectively. This was when he founded the “Alpina Swiss Watchmakers Corporation”. This united the foremost independent Swiss watchmakers who then became know as the “Alpinists”.

They were initially developed to optimise and develop the manufacturing  of timepiece movements and the timepieces themselves through cooperation between the manufacturers and suppliers, but Alpina soon started developing  calibres and chronometers and producing them completely in-house. 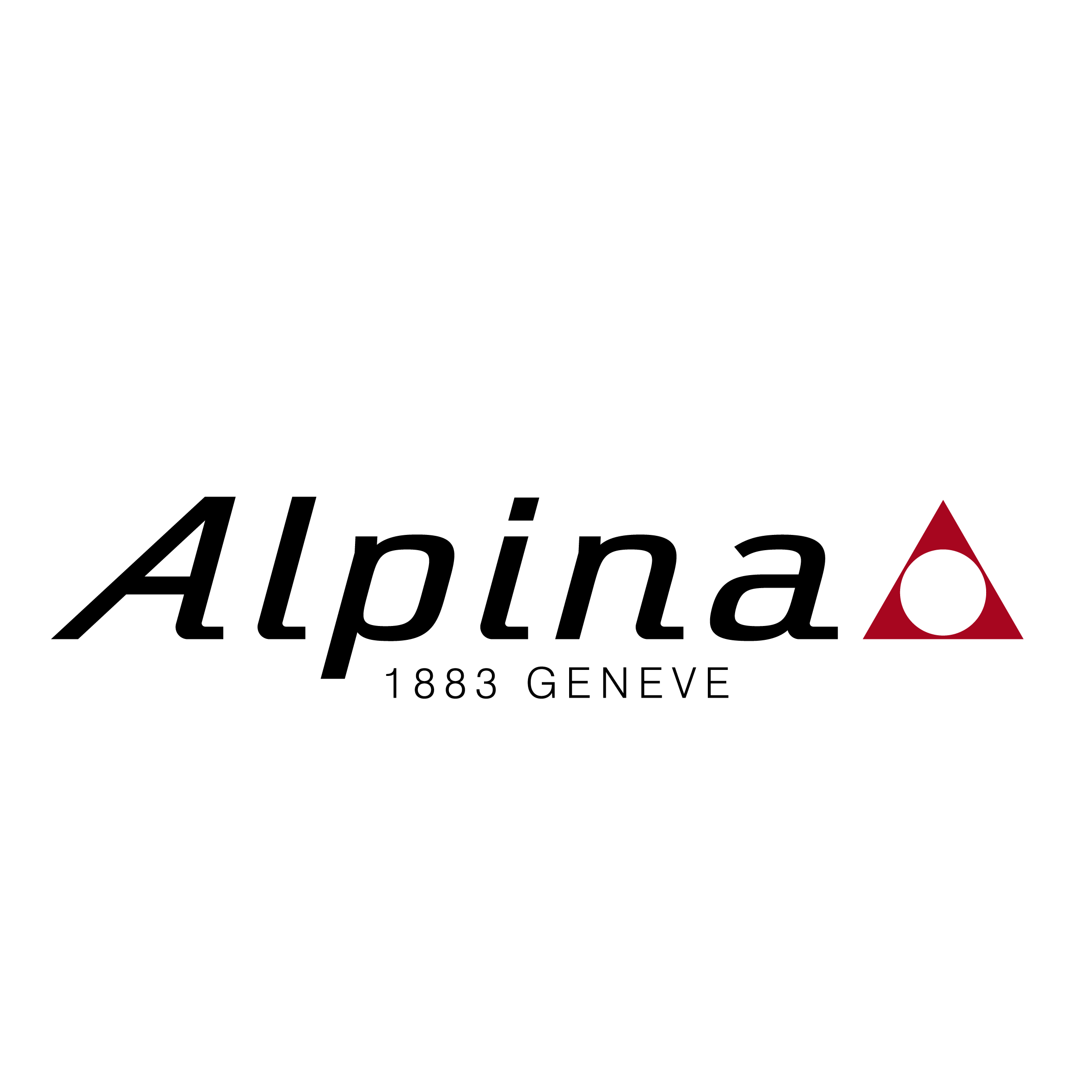 The Alpina Watch logo was developed from the Matterhorn mountain in Switzerland it is 4,478 m above sea level, the mountain overlooks the Swiss town of Zermatt and has one of the highest summits in Europe and the Europe. Its beautiful peak and snowy frame makes this one of the most visually appealing mountains in the  Aosta Valley. The triangular shape was used in the design of the logo and it works perfectly.

Jacob Straub decided that there was some extremely innovative technology within Alpina which was being used by many watch manufacturers. Rumours say that they even made watch movements for Rolex at one point in the rectangular baguette watches but asked for them to be stamped as Rolex and not Alpina. After he registered the 12 and 19 line calibers almost all of the high end watches then carried the Alpina triangle mark on their movements. It was used to distinguish exceptional quality and precision.

The Brand Was Born

In 1901, The Alpina union celebrated its 25th Anniversary and the trademark “Alpina” was registered and appeared for the first time on high-end calibres and watches produced by Gottlieb Hauser.  When the Alpina brand and trademark was born they also needed a distinctive symbol that could encompass the brand and this is when the Alpina red triangle emblem was created.

In 1913 Alpina watches became the supplier for Chronometers for the German Navy which was an incredible force with over 810,000 personnel at its peak in 1944. After the Second World War, the remaining German Navy ships were divided up amongst the Allied powers and were set to work for various purposes including mine sweeping and transport.

In 1921 the Alpina watches brand became a renowned manufacturer and supplier for time instruments for military pilots and started manufacturer of the legendary pilots legs watch which was used throughout the Air Force and still in many films today. It was worn on a pilots legs and had a huge strap so it could be worn over the top of the Air Force uniform so they could take precise time measurements accurately and with ease. These are very remarkable timepieces and very hard to obtain nowadays fetching a high price at auctions and online for the collectors who own them they are a prised piece in their collections. 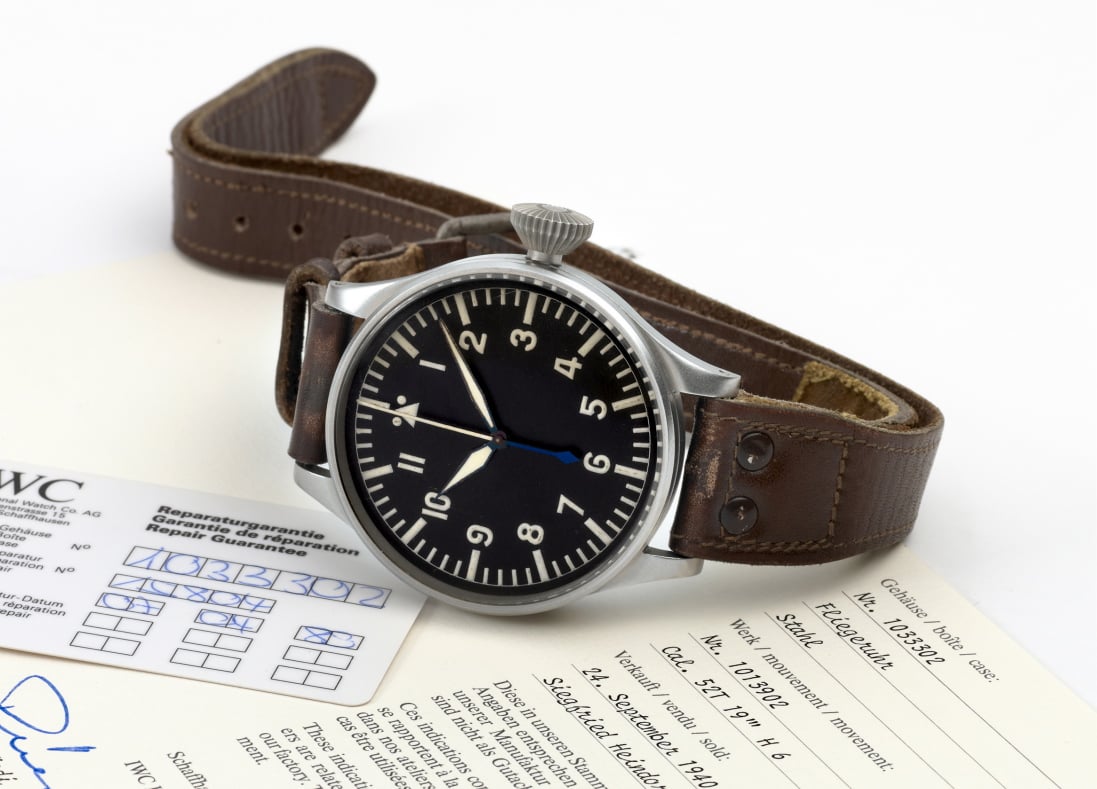 Alpina watches became the first watch brand to introduce the international watch guarantee which was a statement to the high grade and reliability of Alpina watches. It was a massive success with sales of Alpina growing and other watch manufacturers around the world also adopting this type of guarantee to try and keep up with Alpinas growth.

In 1933 Alpina watches released another innovation, the Alpina Watches ‘Block Uhr’ was the First Sports watch of its kind. It featured a rigid and reliable steel case and a patented new type of crown never before seen the (Brevet 1464) which screwed down to reduce the amount of dust that would get through the gap and damage the movement and inner workings.

The Alpina 4 was announced and released in 1938 which was the introduction to the legendary sports watch. It was called the Alpina 4 as it had four key features, these were: Anti magnetic which helped the movement keep time and not magnetise to any electrical objects, Waterproof which had a seal allowing it to be worn whilst doing snow sports which was a massive sport and hobby amongst many in Switzerland which is still famous to this day for its Alpine ski resorts and tracks, Anti-shock which allowed it to be knocked in day to day life or when doing sports and finally Stainless Steel which is a steel alloy with a minimum of 10.5% chromium content by mass and quite hard wearing meaning that it wouldn’t get scratched easily.

In 1953 Alpina celebrated the 70th Anniversary of the brand and released the ‘Alpina 70’ boasting the 4 Alpina sports features as well as the 592 and 598 calibers. This watch also had a golden logo on the dial and was extremely popular. Today it can be found at auction for a very high price tag the one below was listed at approximately £55,000.00! I personally love this watch and would definitely add it to my collection if it was in my price range. 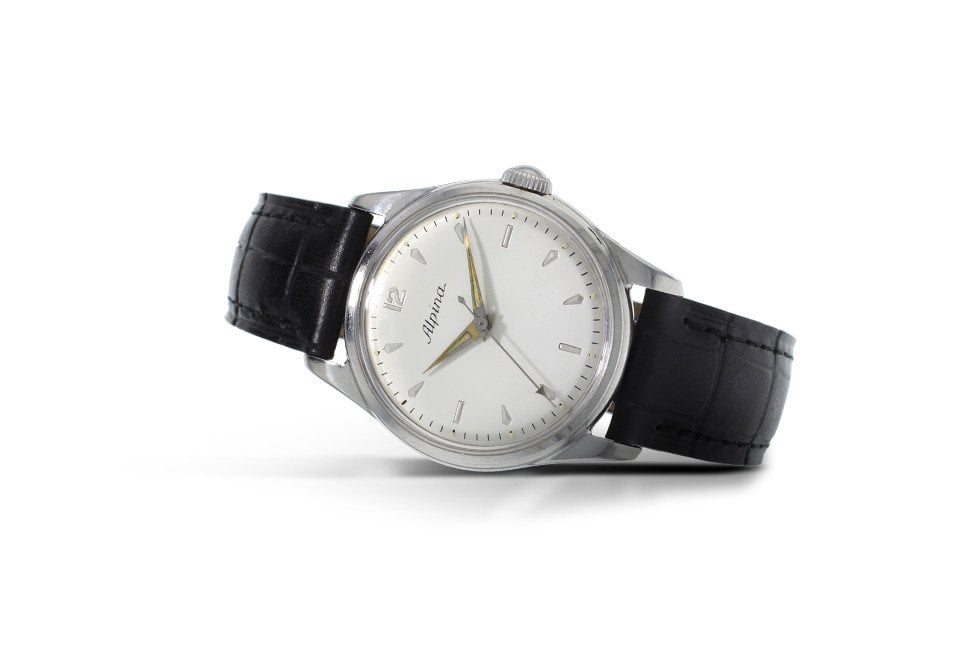 In 1959 the Alpina 4 Chronograph was released which was the Alpina sports watch with a telemeter chronograph. The telemeter chronograph is a feature on the face of  a wristwatch, which allows the owner to approximately measure the distance of a ski or a run for example using the speed of sound. It was the perfect addition to a sports watch and this was proven in their sales. By this time Alpina was in its prime, watch lovers all over the world were buying Alpina and it was recognised as a benchmark in quality and precision.

Alpina watches launched their Diver watch in 1969 named the ’10 Seastrong’ and was the professional diving watch of its time! It had a self winding caliber and had a17 jewels. The 10 Seastrong had two crowns one determined the decompression time through a -60 min rotating bezel and the other was used to adjust the time. Both of with had waterproof seals however the Chronograph function did not function under water as this would allow water into the watches inner workings. 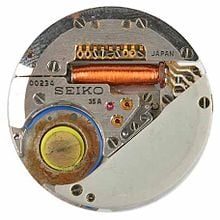 In 1969 Seiko released the worlds first commercial quartz wristwatch and the ‘Quartz Crisis’ began. This was a major blow to Alpina as well as many other Swiss brands that had to fold under the strong pressure from Japan. Alpina reduced its company right back into Switzerland and Germany. It sold to these two countries markets only and tried to work out what it was going to do. When all hope seemed lost A Dutch entrepreneur by the name of Peter Stas made an appearance to the scene and he learnt all about the Alpina brands history in sports watches, military and aviation. Frederique Constant then brought Alpina and allowed them to carry on production from the same factory.

The Alpina smartwatch has been somewhat of a grey area in recent months and we managed to find out why! It is because Alpina is planning to release their new smart watch at Basel World 2017 and we have two of our finest attending to get all the latest on this release so we can keep you informed. If you want to get more information about Basel or tickets you can visit their website here.

Jamie our Director & owner and his Business parnter Scott Lucas are attending Basel World for the entirety and have booked appointments with representatives for watch brands throughout the event. If you would like to book an appointment with them you can email us info@firstclasswatches.co.uk or call 01926 298 499. 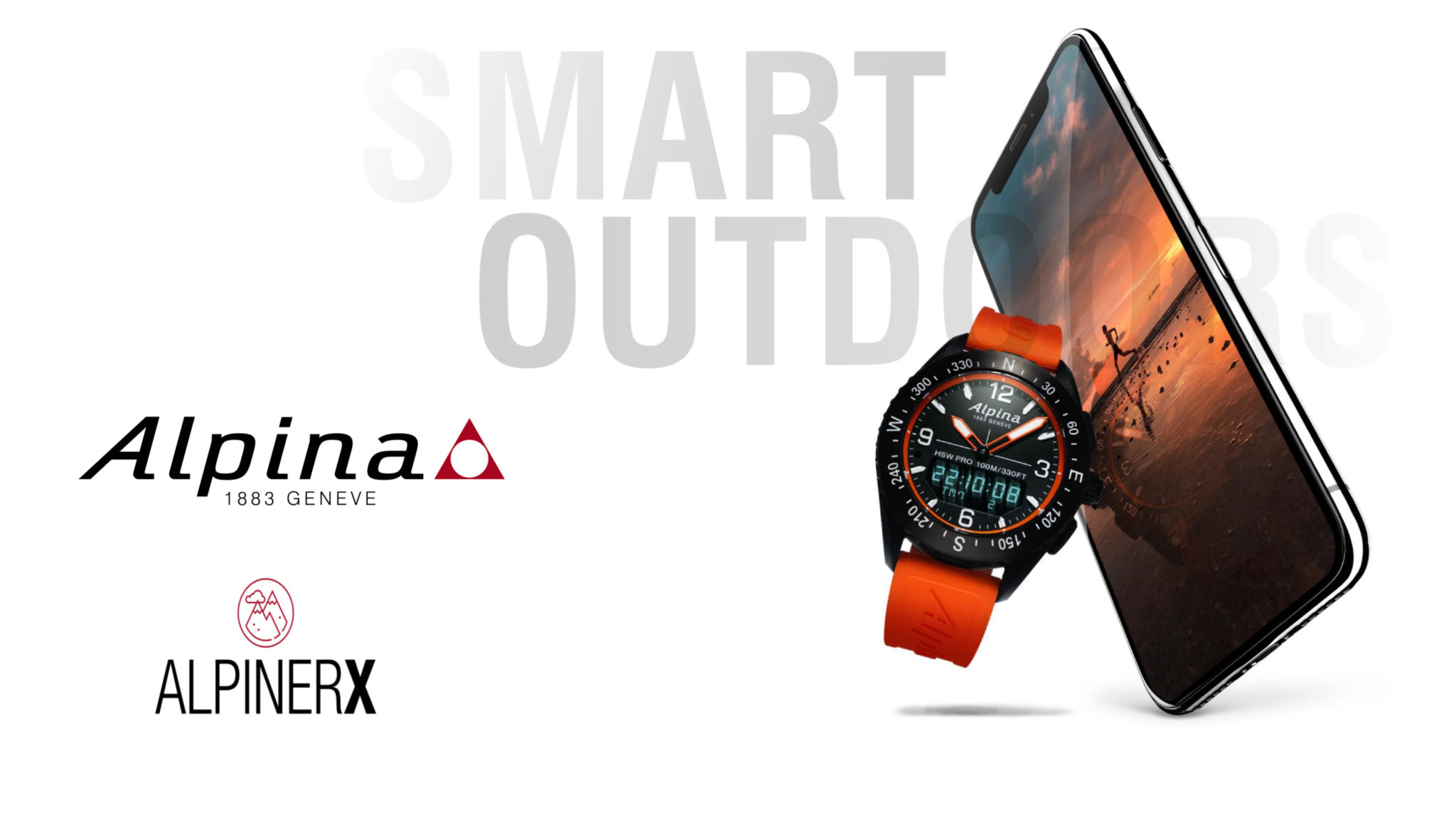 The latest innovation from Alpina is the technologically advanced, highly anticipated Apliner X. Alpina are set to release four variants of the new model in an orange (AL-283LBO5AQ6) and a black (AL-283LBB5AQ6) silicone strap as well as two others in blue and black. Both the black, and orange models are available for £795.00 and are available for pre-order on our website today!

The Alpiner X is a hybrid smartwatch, and one filled with tech too! Set to rival the likes of Garmin’s Fenix 5x which you can find here, this watch has been highly anticipated for some time, and is currently available to back on kickstarter. With features for measuring your environment such as an Altimeter, Barometer, Connected GPS, Compass, UV Indicator and a Thermometer, the main aim for the Alpiner X is to assist you with your active lifestyle and day to day health, doing this part through the features such as Activity Tracking, Dynamic Coach, Sleep Monitoring and Smart Alarms.

Overall this is a fantastic watch to support you and aid you in every day life, whilst still being perfect for adventuring, and taking on the elements! If you want to find out more about each individual feature on the Alpiner X, then read our blog post here! 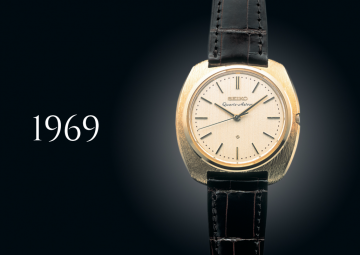 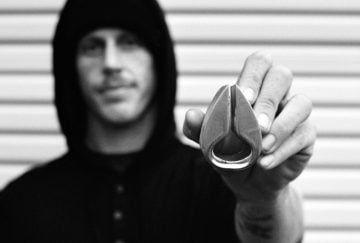 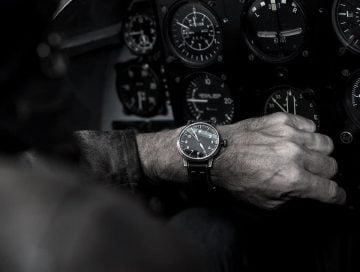