Seiko are well known around the world due to the wide range of media partnerships they have. Arnold Schwarzenegger, Sigourney Weaver and Novak Djokovic have all been seen with different Seiko watches throughout the history of Seiko. They are also well known for their accuracy that they have been named as the official timekeeper for numerous sporting events, including numerous FIFA World Cups and Olympic Games.

Of course, it wasn’t always this way, Seiko have not always been a world famous brand. They had humble beginnings and have grown over the years, amassing some huge achievements along the way. Let’s have a look at the incredible history of Seiko and see how they became the incredible famous brand which we all know and love today!

The History of Seiko’s Humble Beginnings

The history of Seiko goes all the way back to the 19th century. Seiko’s founder, Kintarō Hattori, became an apprentice to a sundries wholesaler at the age of 11. When he was just 13 he had an innovative idea – after seeing a nearby clock shop he realised that a clock shop could make money not only by selling clocks, but by fixing them too. He went to work in a clock shop to learn everything he could about them and, in 1881, at the age of 21 he founded the business which would become Seiko by opening a clock shop called “K. Hattori” in Tokyo.

Kintarō Hattori imported clocks from a foreign trading house in Yokohama to sell in his store. He built up a fantastic relationship with the trading house by paying off all of his invoices by the due date, which was not a custom at that time. The great relationship allowed Kintarō to purchase larger orders and gain access to products earlier than his competitors. With such a wide range of new and exciting products the store became incredibly popular and his business grew very quickly. 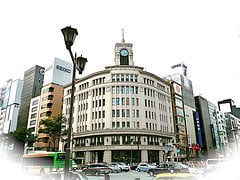 Kintarō’s next aim was to become a manufacturer, in order to achieve this aim he hired Tsuruhiko Yoshikawa, who was a very gifted engineer. In 1892 he set up the Seikosha (which roughly translated, means “House of Exquisite Workmanship”) factory in order to start producing high quality, high priced wall clocks. The first clocks were produced within 8 weeks of opening the factory, under the Seikosha brand.

During this time the K. Hattori shop continued to grow in popularity and another shop at 4-5-11 Ginza, in Tokya. This shop opened in 1894 and had a clock on top of it which was known as the “Hattori Clock Tower”. The building has been restored since but a clock still remains on the building in homage to Kintarō Hattori.

The Japanese King of Timepieces 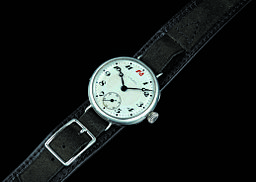 Around 1910 Seikosha also started exporting wall clocks to China, helping grow the business even further. After the First World War the demand from China increased as they were no longer able to import from Germany. Kintarō had brought a huge amount of materials when war first broke out and was in a great position to compete with western manufacturers. The success in China earned him the title of the “Japenese King of Timepieces”.

However, Kintarō was always looking forward and he predicted that there would be a shift in the coming years from pocket watches to wristwatches. In 1913 Seikosha developed the first Japanese wristwatch – The Laurel as the companies first steps into the new wristwatch market.

The Birth of the Seiko Brand

The birth of the Seiko brand of wristwatches may not have happened if it wasn’t for a stroke of luck after an incredible disaster. In 1923 The Great Kanto Earthquake struck Japan and destroyed the Seikosha factory, burning it to the ground. Only days earlier a vitally important prototype of a new generation of new generation of wristwatches had been completed in the factory which had been destroyed. Luckily, it was able to be recovered from the factory.

Despite the disaster, Kintarō started to rebuild the company almost from scratch. Wall clock shipments started again in the following March, which was incredible considering that the entire manufacturing facility had been destroyed in the earthquake.

Work continued on new wristwatch prototypes following the disaster and production of the first watch under the “Seiko” brand began in December. At this time some products were still sold under “Seiko” and some under “Seikosha” – further success came about in 1929 when a Seikosha pocketwatch was chosen as Japan National Railway’s official “railway watch”.

The rebuilding of Seikosha’s destroyed factories continued throughout the next decade. Finally, in 1932, the main building on 4-5-11 Ginza was fully restored and still stands today as the headquarters of Japanese retailer Wako – who are the retail subsidiary of Seiko. The building is an iconic landmark in the district of Tokya where it stands.

Unfortunately in 1934 Kintarō fell ill and passed away, leaving his eldest son Genzo Hattori to take over as president. He started allowing private plants to produce products which would be marketed under their brands. This was the final step of the company growing back to it’s pre-earthquake output.

Seiko During and After World War 2

A few years later, Japan entered World War 2 – which had a big impact on the Seiko group. In 1936 the company produced over 2 million clocks and watches, but in 1945 this had dropped under 20,000 clocks and watches. Part of the reason for this was that the Japanese government ordered many Japanese companies, including Seiko, to produce military items for the war effort.

Following World War 2 Seiko needed to build back up to their pre-war output, which they did in 1953. They produced 2.4 million clocks and watches this year and made up 54.3% off Japan’s output. 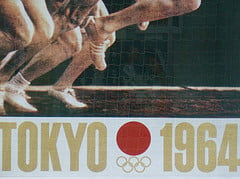 By the end of the 1950’s Seiko had started to market watches in the United States as well as other countries. The watches were starting to become popular in other countries just at the right time, as new conveyor-belt technology allowed them to produce 3 million watches per year.

In 1964 Genzo Hattori died and president of the company, Shoji Hattori wanted to expand the marketing reach of the company even further. He had especially recognised the need for this after a trip to Europe in 1962 when he was asked if there was a watch industry in Japan.

Thankfully Seiko’s reputation was growing after some early success with their work on a quartz clock and they were chosen as official timekeepers for the Olympics which was held in Tokyo in 1964. Seiko supplied the games with 1,278 stopwatches and the worlds first portable quartz chronometers. This Olympic Games brought huge international recognition to Seiko and turned them into a brand known around the world.

Following the Olympics, Seiko made an extended marketing effort putting money into marketing against Swiss brands in Asian markets. The lower prices and different styles helped Seiko to become very successful in those markets before they attempted to expand worldwide.

After early successes with the Quartz clock, Seiko wanted to develop the first consumer quartz watch. Finally, it happened – with the Seiko Astron 35SQ, which was released in 1969. Seiko proudly announced that “Someday, all watches will be made this way” – and they were right!

Seiko’s popularity soared worldwide following the release of the Seiko Astron. Once again, they served as official timekeeper for an Olympic Games – this time the Winter Olympics in Sapporo in 1972. Seiko were all about quartz watches at this point, releasing the first ladies quartz watch in the same year, then the first LCD quartz watch the following year.

The popularity of Seiko quartz watches helped them to expand worldwide, opening subsidiaries in the USA in 1970, in the UK in 1971, in Brazil in 1974 and in Australia in 1977.

In 1974 Shoji Hattori died and Kentaro Hattori,Shoji’s nephew and Genzo’s oldest son, took the helm. Around this time Seiko began to develop products under other brand names, names which are incredibly well known today.

Brands which came about during this time were – Lorus, which started with clocks built for the export market beginning in 1977. Alba, which included digital quartz watches in Japan and South East Asia. Plus Pulsar, which started with watches released in the United States. 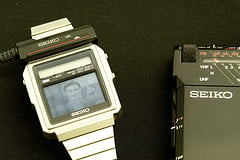 The beginning of the 1980’s coincided with a surprising halt to the massive successes of the late 1970’s. Despite most technology companies experiencing a boom in share prices, Seiko’s share prices had dropped to about half. Their first attempt to remedy this was buying a Swiss subsidiary, Jean Lassale, and producing quartz watches in a luxury Swiss casing. Allowing them to make higher profits from luxury products.

Unfortunately for Seiko, times were about to get tougher. With new competition from fashion brands in the watch industry, Seiko struggled to keep up and they needed to do something different to stand out. In 1982 they did just that, with the release of the Seiko TV watch – a black and white LCD display screen on a watch 0 which Seiko called “the smallest TV set in the world”. Marketing for this watch included an appearance in James Bond’s movie Octopussy.

The success of the Seiko TV watch encouraged Seiko to look at more innovative ways to promote the brand and release watches which did more than just tell the time. The Seiko TV watch was followed by a Seiko Computer Watch and an LCD Pocket Colour Television.

Continuing To Innovate in The ’90’s

Seiko started the new decade with some amazing innovations, the Seiko Scubamaster came to market in 1990 – which included a dive table in a computerised divers watch. The Seiko Perpetual Calendar which was the worlds first quartz watch with a full, automatic 1,100 year calendar.

Next to market was the Seiko Kinetic series, which is still one of Seiko’s most popular watch series today, which uses the movement of the wearer to power the watch. Seiko explained it as “using wrist motion to power the smallest and most powerful microgenerator.”

The next innovation is something which almost seems like the forerunner to modern day smartwatches. The Seiko MessageWatch was released in 1994, it came about after testing from AT&E Corp, before they came into financial difficulties. Seiko brought the companies assets and then developed a new version of the watch. You could send messages, pick up alerts, weather reports, lottery numbers, sports results and more. Unfortunately there were a lot of Y2K bugs which were too much of a hassle to fix and the watch was discontinued altogether in 1999.

The name of the Seiko brand became more and more well known throughout the 1990’s becoming the official timekeeper of 1990 World Cup, the 1992 Summer Olympics and both the 1994 and 1998 Winter Olympics. But, despite these positives, the company was hit by a tough recession in Japan, suffering from 5 full years of losses.

Back To Profitability and Modern Day Seiko 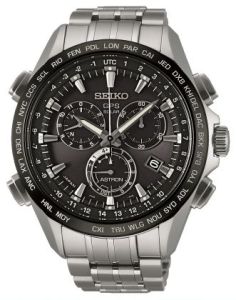 In the early 2000’s Seiko needed to get back to profitability and this started with big restructuring efforts at the beginning of the decade. In 2003 the company were back into profit and continuing to innovate with the release of the “Spring Drive” in 2005. The Spring Drive movement, which creates a continuous movement of the second hand, had been developed in 1977 and first appeared in a watch in 1999. The Spring Drive Watch was launched on September 14th 2005 and went on sale the very next day.

It’s often said that the past repeats itself and the history of Seiko is all about innovation. Today’s Seiko is just as innovative as the Seiko of the past, so one thing is certain for the present and future of Seiko – whatever happens, they will continue to innovate. I, for one, cannot wait to see what they come out with next! 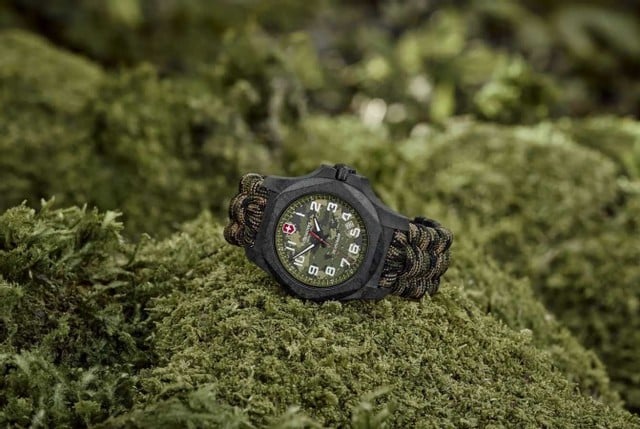 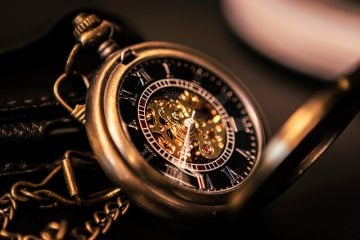 A Beginners Guide to Pocket Watches 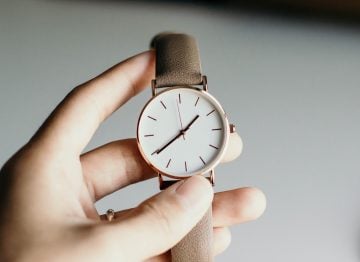 The History of Women’s Wristwatches 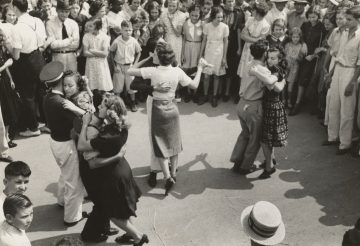 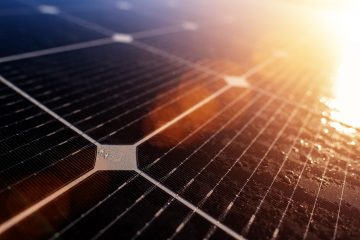 The History of Solar Powered Watches